Sunset a game by Tale of Tales,  releases today on Steam for PC, Mac and Linux, earlier this week I took a tour of the game and here is what I found.

The game is a first person point and click adventure, although adventure may not be the correct word, in reality the game is much more of a novella. Players take control of Angela, an African American housekeeper in a fictional city in South America. She tells her story, set during a time of revolution in the country, as she goes about her day to day life tidying and maintaining Mr Ortega, her employers, apartment.

Each day the player is given one hour (in game) to complete tasks set out on the list, such as cleaning carpets or opening windows. Some tasks talk longer than others, depending on how time is used, players can do optional extra work or investigation leading to different scenarios. This type of gameplay can be quite tedious at times, particularly if you are not accustomed to point and click games, because some jobs require you to interact with small objects that can be overlooked, like ashtrays. It really isn’t the most riveting or taxing gameplay, and for anyone that absolutely needs a bit of action, this wont appeal to you. 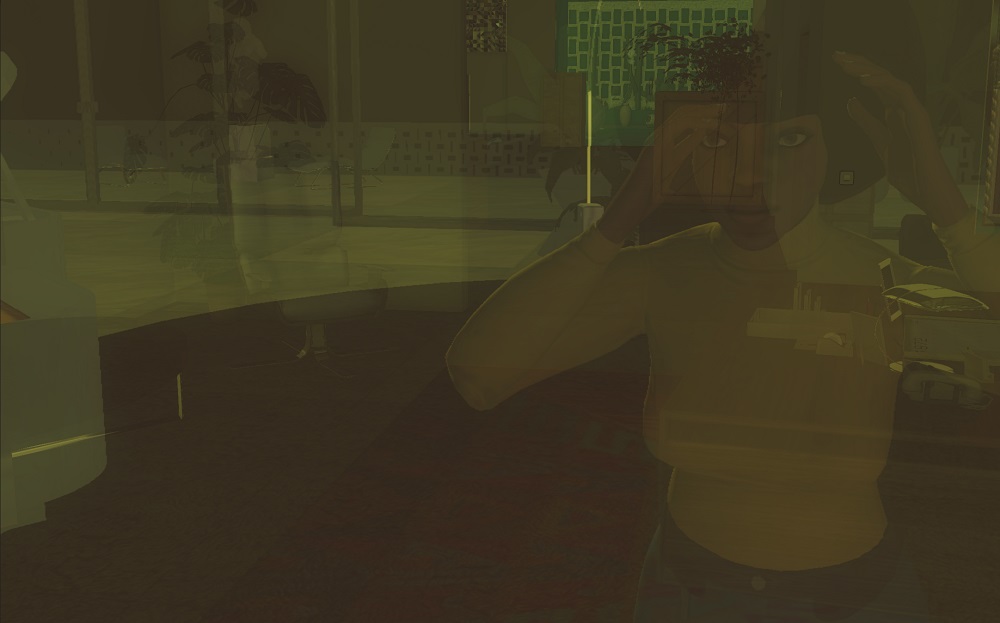 In spite of that the games story does drive the player forward, what starts out a little bit boring, and a little bit of lame housekeeping, quickly becomes a narrative that draws you in. You start to feel for the main character, her brother, the people of the city and her employer. Each time you enter the elevator to the apartment, a new day begins, and it is the story that makes you push the ‘up’ arrow in the lift instead of exiting the game. You want to know what happens next. While there are doubts about how good the gameplay is, the story is well conveyed and would work well as a short novel or play, in this case, it just happens to be interactive.

The graphics of the game are pretty stunning, at least inside the apartment. The environment, the models, artwork and detail that went into Ortegas apartment is evident from the first. Each time you enter the apartment, there is something new, something changed about it, be a delivery of boxes, or a damaged piece of artwork, it keeps the small area from getting too stale The lift screen that serves as the main menu has an authentic 70’s style about it, with the wood grain effect around metal dials, it is a nice touch. On the balcony however, the cityscape does not look nearly as good, it looks almost like it is from a separate world. Here you will notice it just doesn’t seem to fit in, although smoke effects and airplanes do appear when needed as part of the story, and to be fair you wont spend too much time on the balcony. Likewise the character you play can be seen in reflections at mirrors and windows, and looks a little rough, it may have been better to leave her out, although a nice idea. 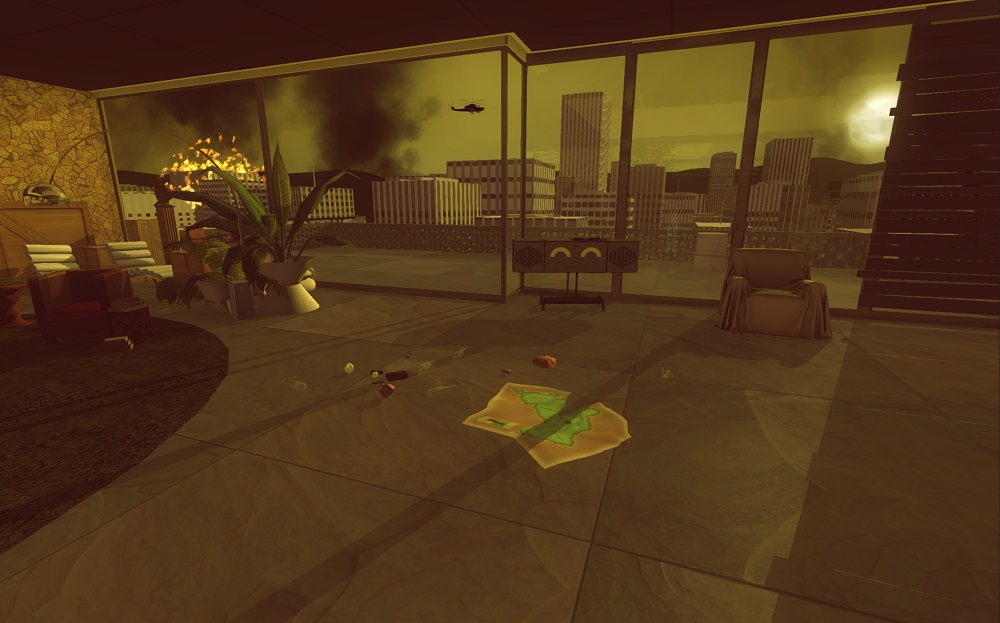 The sound in the game is really easy on the ears. You can play records and songs by interacting with various objects, its really easy listening. It goes well with jarring noises of discord as the revolution breaks out, the firing of guns, the roar of engines, in some ways its unsettling. Angela’s voice acting is believable and well able to convey the story and the humanity of her situation.

The game boasts about 180 minutes to 22 hours depending on the way you play the game. I am a little dubious as to if you would get 22 hours out of the story, having finished our run in around 90 minutes. That being said, I avoided most of the optional gameplay and had I been more a fan of point and click games I probably would have stretched the story out a bit longer.

If you want a break from all the action and horror of modern gaming, or are just looking for a decent story, Sunset may just be for you. If you aren’t a fan of point and click games, you could still enjoy this, but it may be one for the Steam wishlist or to keep an eye on in the sales.