Speaking with Game Informer, Phil Rogers, Square Enix’s EU CEO, stated that Square Enix could potentially look into crowdfunding the localisation of some titles. This is an interesting approach for a large company to take. At the same time, gauging the amount of interest in localisation prior to release could see more entries into your favourite franchises. Rogers also spoke of the large costs associated with localising a title. In his words, sometimes the risk is not worth it for them.

Hypothetically this is how the story would go: Square Enix could set up a campaign where you are essentially pre-ordering the title. When the threshold for release is met they begin the localisation and get the game to you as soon as possible. The campaign would either be a choice of the standalone title or a collector’s edition, or they could do it like a Kickstarter with tons of tiers. In this case I think the former option would be the better choice. It’s not like you’re funding the game from scratch after all. 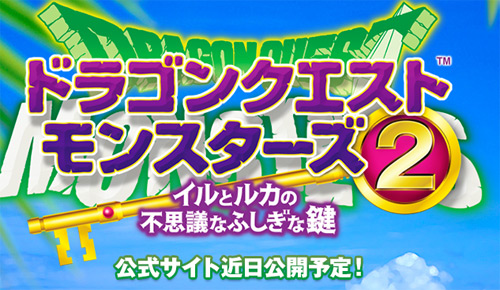 Titles like Dragon Quest Monsters 2: Iru and Luca’s Marvelous Mysterious Key could potentially get localised under this new scheme.

If this comes to fruition we could see a lot more niche titles having a western release. No longer would players be forced to play a game in a foreign language, or wait for an unofficial translation patch. This could show Square Enix that the demand for certain titles is there, which would prevent the need for future crowdfunding campaigns.

Of course there are those who find something shady about a major publisher using crowdfunding. I can see where they’re coming from, but I think that this could be a good thing. We’ll have to wait and see what Square Enix end up doing. Talk like this from the EU CEO is no guarantee that the company will go down this road. Any more news on the subject and we’ll keep you updated.