We’re just about to hit Halloween, and, I don’t know about you guys, but it’s my favorite time of the year, particularly for dusting off my horror game collection, having some Frightening Fun. I thought it would be sinister to give you a few options to keep you up at night over the next week.

If you want to get up close and personal with the creepy demons inside, playing these games in a dark room with headphones is mandatory. It’s even scarier if you have epilepsy, because there is a chance you could die! (Seriously though, if you have any sort of photo-sensitivity, play in a well light room). 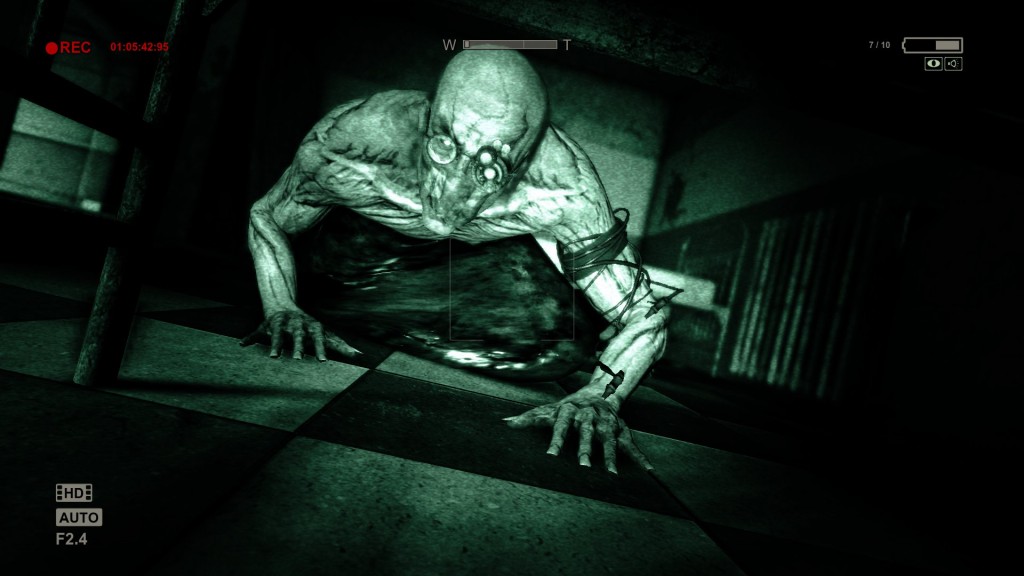 If you don’t like to be in control of a situation, and paranoia is your favorite horror sauce, I suggest you try Outlast, released more recently than the rest of the suggestions here, but nonetheless, a good place to start. It’s cheap, multi-platform and comes bundled with a prequel now. The game is played in first person, so it really draws you in, as you, an investigative reporter, traverse the dark and twisted corridors of an insane asylum in an attempt to find out whats actually going on there. Be prepared for high levels of gore and cruelty. The fear factor is built up on tension and adrenaline rushes as you run and hide from freaked out assailants, unable to combat them. It eventually turns into an exaggerated game of hide and seek, but its still good for a start. Alternatives for this one would be Amnesia, which provides more of a story and interaction, but the horror is more old fashioned, think “old Gothic novel”. If you want a similar game, but with more action, Alien Isolation is a good bet, although it can be repetitive and relies on jump scares you become immune to after a few deaths.

One to avoid: The Siren games. They play a little like the suggestion above, but are episodic in nature, half the game you are just watching cutscenes, the controls are awkward and overall just not a good investment of your terror-time. 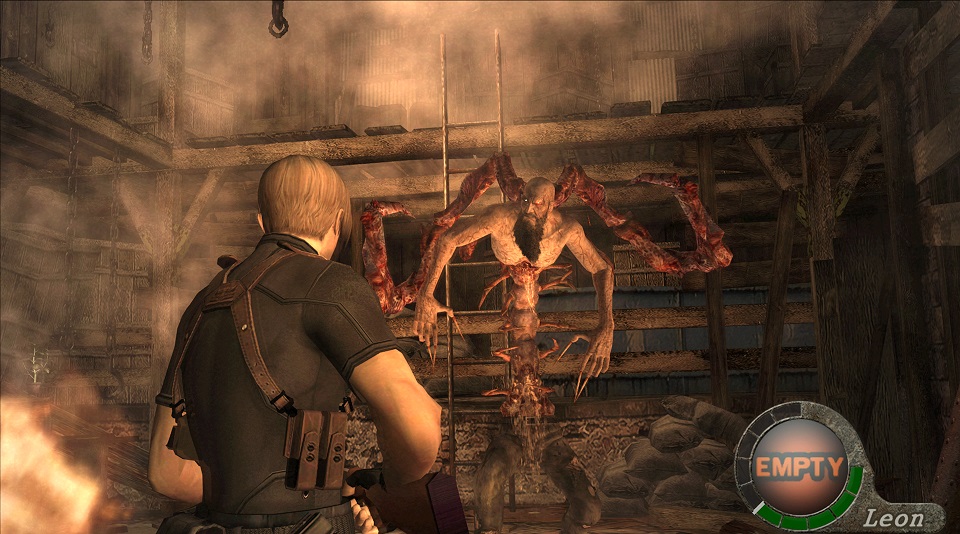 If you like your horror a little more a little less on the creeping, more on the action, Resident Evil 4 is probably something you should look into. While not as scary as other games, it does have a very dreary atmosphere. Think Gothic castles, cabins in the woods, and chainsaw wielding maniacs. The third person view lets you watch the events and story more than being directly involved, so there is a bit of detachment there. Expect to be low on ammo and supplies as you face off against hordes of parasite possessed villagers, in the middle of nowhere as you try to rescue the President’s daughter, (the downside to this game is you have to keep her alive and her AI is terrible). But you will be rewarded with fiendish villains, such as Lord Saddler, an Emperor Palpatine rip-off that you will learn to love. Expect decapitations, tentacle monsters, drugged out zombies, huge boss battles, and annoying quick time events.  If this piques your interest, but isn’t fucked up enough for you, definitely consider spending some time aboard the Ishimura in Dead Space. If you’ve ever seen the movie Event Horizon, get ready to play it. This game combines the action of Resident Evil 4 with extreme paranoia, gore and well played jump scares. You will be facing off against the whispers in your own mind, as you battle grotesque creatures made up of the limbs of deceased crew members, headshots are not enough to kill these things, you have to tear them apart limb by limb using mining tools, and even then some of them keep coming. Think they’re in the vents? they probably are! Horrible screams and noises in the distance amp up the fear factor while sudden power losses leave you staring at a blank screen wondering what the hell is going on. This game is great at disorientating you and misdirecting you. 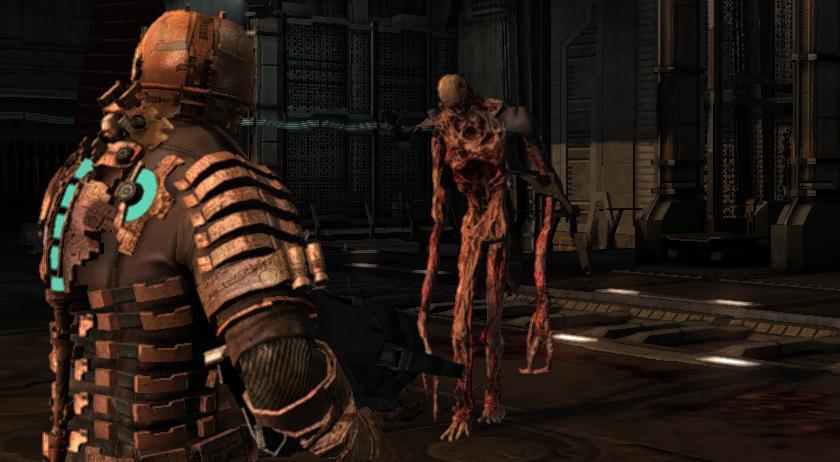 One to avoid: Resident Evil 5 and 6, Dead Space sequels. They play the same as the above games but with an emphasis on the action. They are good games, but they aren’t good horror games. Wait until after the spooky season is over to play ’em. Pro tip: Avoid The Evil Within, like the plague. I suspect it will be on sale and thrown at you from every retailer as an offer. The game is terrible, fragmented story with bad gameplay, bad graphics and a poor overall experienced, not worth anything over ten euro, or your valuable gaming time. I had planned an in dept review as to why this game should be avoided, but that will have to wait for another day, I don’t have time to suffer the snorefest that is The Evil Within: The Entertainment, Without, again.

This is heavily biased, but if you really want a creepy Halloween, get sucked into the Silent Hill series. It really is the go to game for horror. (well at least the first three). It doesn’t matter which one you play or prefer, typically my choice would be Silent Hill 2. You get a great story in a well planned out scenario, lots of background history and lore to really give you a feel of where you are, or where you’re supposed to be. Travel around deserted streets, covered in a dense fog (the fog was originally used to hide unfinished backgrounds, but not being able to see more than four feet ahead while outdoors really adds to the fear, you move cautiously, nervously). You typically find a radio, that makes creepy static noises, a great mechanic of the series that breeds tension and panic, as grotesque abominations stalk your every move. Your characters own personal story unfolds, the monsters start to resemble family members or ritualistic sacrifices. The world often tends to crumble to some other hellish place, and you will be put in situations where you can take an action that you know will lead somewhere scary, but if you don’t do it, the game wont progress. The illusion of choice can be very frightening indeed. “I saw something move in the wall, should I put my hand in that hole?” “yes/no” after escaping a cleaver wielding demon, the last thing you want to do is say yes, but if you don’t, you will be standing in that room forever! The game is great at making you doubt whats real, and the supporting characters can be more terrifying and creepy than the monsters that hunt you. This game will use tactics like locking you in rooms for no reason and suddenly letting you out for no reason to completely mind F*ck you. You get some good action, but the monsters are strong and most of the time its better to try avoid them. 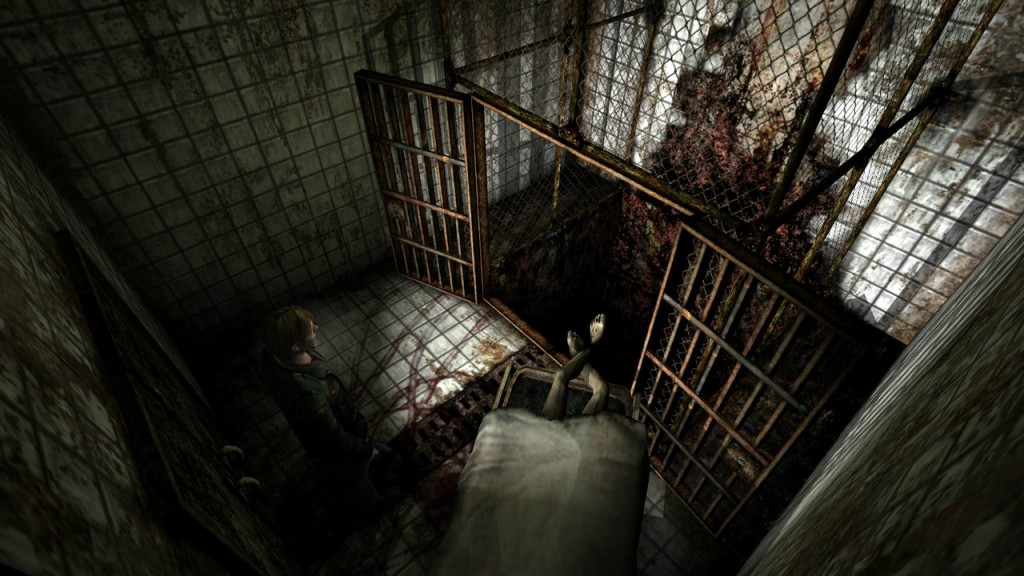 If you like the style of these games but want something more supernatural than gruesome, try Project Zero (Fatal Frame). Similar third person perspective, wandering around creepy deserted villages, armed with a mystic camera that you have to use to stop ghosts from killing you. The terror is all in the timing with this one, you have to take the picture at the exact moment the specter comes into focus or you’re screwed, panic causes you to fumble the controls and helps maintain the fright. A decent story and lore accompanies this one too. Cursed Mountain on the Wii is a good option for this too. (incidentally, the first Silent Hill movie is excellent, the second Silent Hill movie ‘revelations’ is pure kack)

One to avoid: The Alan Wake games. They try a slightly similar style of horror, but are more linear, with awful controls and you don’t really get a feel for the characters. The Silent Hill HD remakes aren’t a great option either, and the sequels after 3 are heavier on the action.

Ok, lastly, you want something creepy to play for Halloween, but don’t a full on horror or gore fest? A little shy or just not able to handle some of the darker options? Then try out an RPG! (no seriously, there is a horror option here that’s worth a look) 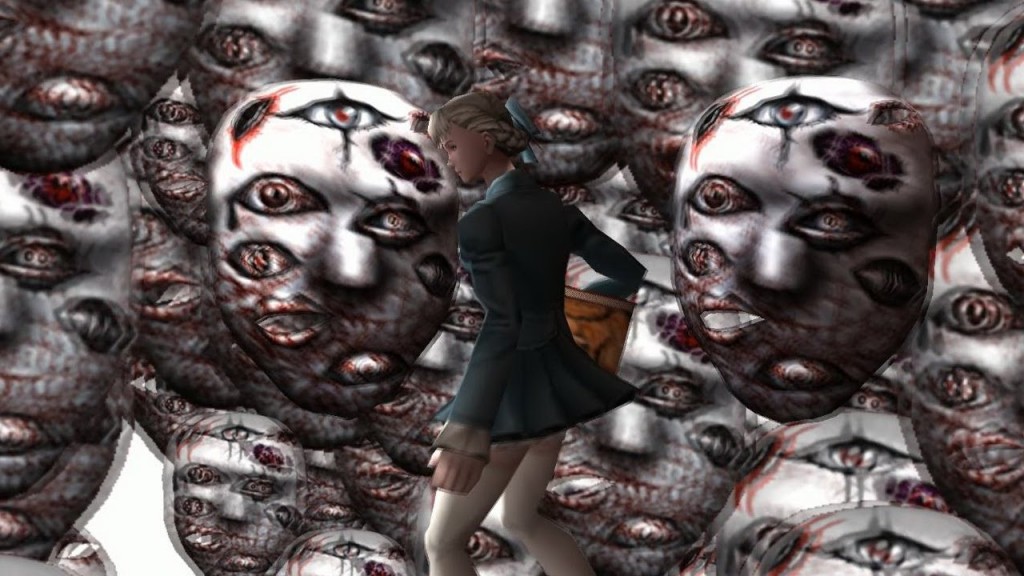 Shadow Hearts: Quite literally a Gothic/Victorian adventure that takes you through Japan, China, Russia and Europe, facing off against various demons and mythic from local legends. The story is quite deep and the theme will definitely have you in the Halloween Spirit. As an option for younger players: I would suggest Folklore. Think pokemon, with a Halloween theme, a fair bit of action and adventure in a spirit world.

One to avoid: Costume Quest 1 and 2. You may get peddled this as part of a Halloween deal, it’s not scary, its Halloween themed, but it just feels like a bad after school special. Also, its unlikely you will find it, but the PS1 game, Shadow Madness, marketed as a horror RPG, is just terrible. Horrible even. I’ll save you some time, by telling you now, it doesn’t pay off.

There’s a lot I’ve had to disect and slash away from the genre to make these suggestions. There are many other great options available, but best bet is to see what kind of fear you want to invoke, panic, disgust or paranoia? Jump Scares? Try to research them over this weekend, but watch for spoilers. If you live through Halloween night, ‘catch you next time.