Yu-Gi-Oh! Legacy of the Duelist Review

Possibly the most comprehensive Yu-Gi-Oh! game to be released to date, compiling story lines from each series of the anime, for you to play through. Much like the anime, the dialogue is quite repetitive and unimaginative, so unless you are a hardcore fan of the show, you will most likely find yourself pressing the skip button at the start of each scene. The game is designed in a way that forces you to play through each duel from the shows, in order to unlock better cards and duels. If you are a fan of the card game, this is what you’re here for.

The game includes over 6,600 cards from the popular trading card game, right up to the most recent expansions. You have the options to build your own structure decks to use in various modes. You can collect cards by battling AI opponents, receiving their trademark cards, and also points which you can use to purchase booster packs. The booster packs work differently to previous games, instead of buying boosters from known sets, you purchase boosters based on the characters from the show. This can be a little tedious if you are trying to find your favorite cards, or build a structure deck based your own physical collection. This is one of the less desirable points in the game. The fact that you can play sealed deck tournaments and battle packs makes up for this a bit, though it will require a bit of grinding the AI battles to get the points needed to unlock them. 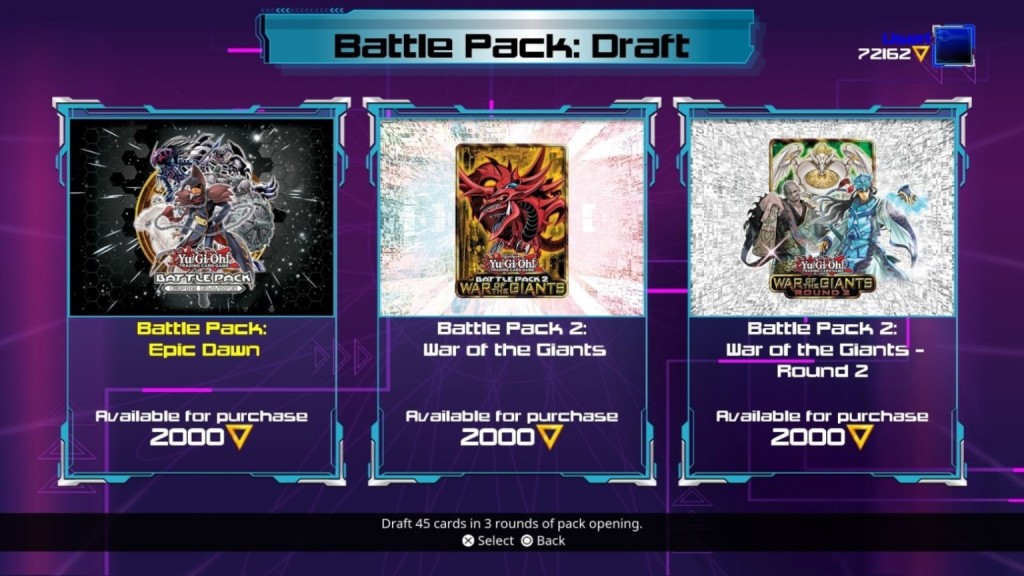 The game itself plays a lot like the actual card game, even including the most current banned and limited card lists. The mechanics in this installment allow for classic summons, traps and spells, along with synchro summons, xyz summons and pendulum rules. If you don’t play the game, it basically boils down to setting up convoluted card combinations that allow you to dramatically turn the tide on the other player, and although that sounds a little cynical, it really is quite rewarding when you pull something crazy off.

There is a major flaw in the game however, because it constantly asks you if you want to use a quick play spell or trap card. Every single phase of your turn or your opponents turn you will get a prompt to use a card, with multiple prompts if you have multiple cards set or in your hand. It really slows gameplay down, and you will constantly be dismissing the prompts. This often results in dismissing it by accident when you actually want to play the cards. Also, in some cases, you don’t get a prompt to use a card when you should, and some cards resolve before they naturally would. In one case, a card was played that is considered to only be used for one turn, however, the effect remained each turn, even though it was in the players favor, it should not have worked that way. 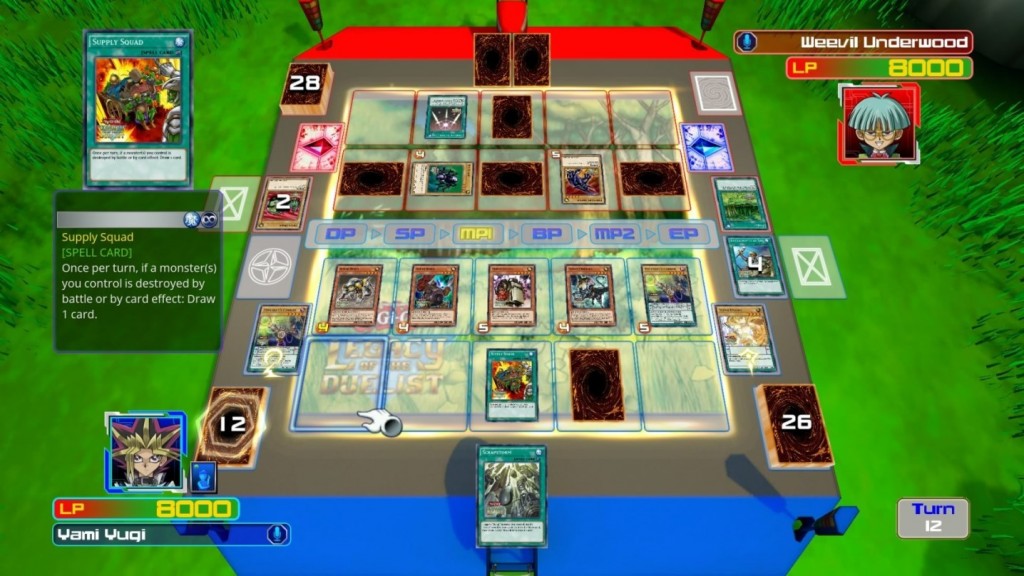 The games music is pretty terrible. It sounds a lot like the earlier Gameboy Advance versions of the game. Not much more to say on that really.

The graphics are very basic. When a signature card is played, a slightly dodgy 3D avatar of the card will pop up to attack, which again tends to slow things down a bit. This is fair enough, given the nature of the game. The text windows are a little small, as is the text itself, which can slow down gameplay as you may have to go back and read some of the cards that have already been played. This is particularly difficult when trying to create your own deck. While the assembly panels aren’t too difficult, they are a bit awkward to sort. With over 6000 cards, you can argue it would be hard to organise them, but it still felt this could be done better. 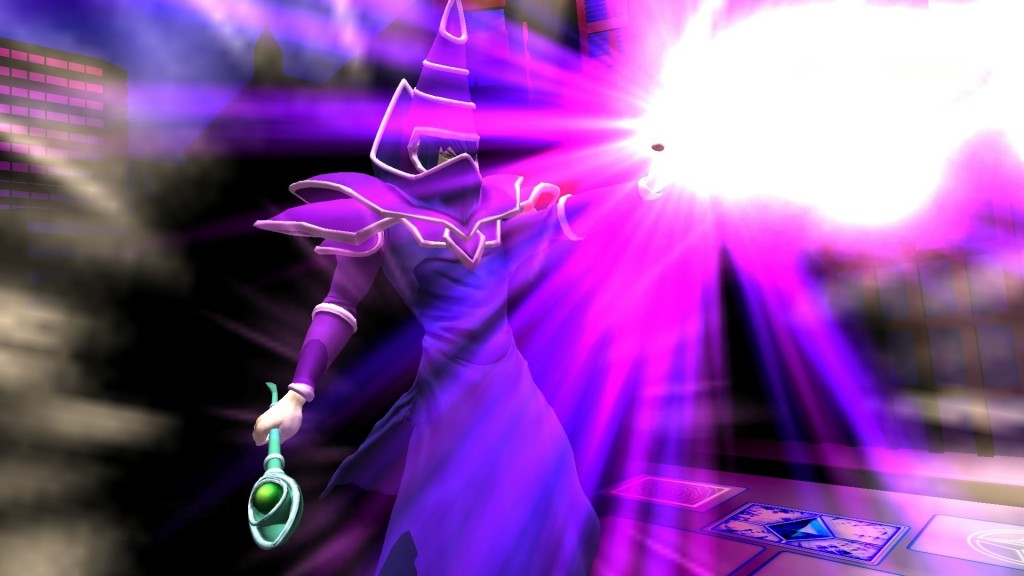 Multiplayer duels work pretty much the same way as the AI duels. They can be quite fun, and are a lot cheaper than buying the actual cards. The game doesn’t have any micro transactions, which is a little bit impressive, considering how easy it would be to exploit in this type of game. Instead there are DLC packs for each series of the game, which add additional battles and a few battle packs, but no major advantages.

A verdict on this one, if you’re a fan of the show, this isn’t likely to hold your attention. If you played the card game, you will definitely enjoy this for nostalgia’s sake, despite the flaws mentioned in this article. If you are new to the show or the game, you may not fully enjoy this title, but it would be worth a look if it goes on sale.

Yu-Gi-Oh! Legacy of the Duelist is available now for €19.99 via digital download for PS4 & Xbox One.