Ah the summer. We’ve caught up with most of our spring gaming and now we reach the lull where there isn’t a lot of games being released until Autumn. Why not revisit a nice retro platformer that wont take up too much time, but can be enjoyably fun? If you agree, then perhaps, to garner some inspiration for Super Mario Maker, you could take a trip back to Super Mario World, on your virtual console, or better still, SNES. Here’s why. 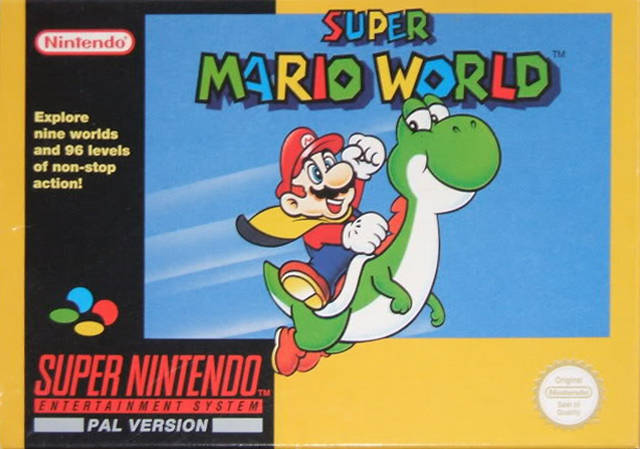 Super Mario World is the sequel to Super Mario Bros 3 and is set in a brand new world, outside the Mushroom Kingdom. As Mario, you will go on an adventure around Dinosaur Land, to help save Dinosaurs trapped in eggs by Bowser and his evil Koopa Kids. You will encounter many colourful characters, including Mario’s new buddy, a dinosaur named Yoshi, that you can use as a mount to traverse levels. That doesn’t sound like such a big deal by today’s standards but it was a really fun part of gameplay when the game first launched.

You are given a choice of levels on the world map and often can take different routes around the islands of Dinosaur Land to get to the Koopas fortress. The map has a fun cartoonish look about it, you will usually notice changes in the map as you clear levels. For example, after completing one fortress, Mario will launch its ruins into the sky, and it will crash onto a hill. As the hills have eyes, a bandage will appear on the hill where the castle hit it.  Some levels have different exits, leading to secret areas or mini-bosses, which are identified by a red dot on the map screen. This game definitely delivers on secret levels! But we’ll elaborate on that in a few moments. 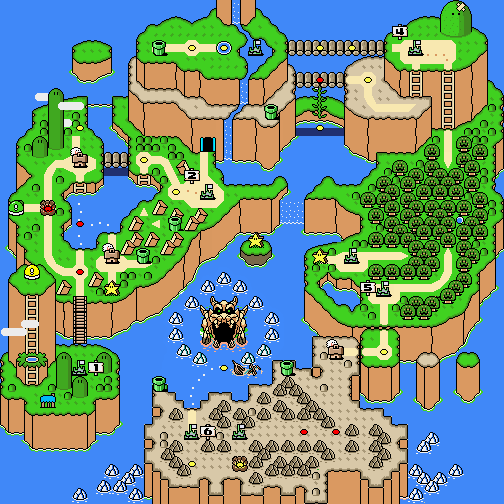 The game is similar to Super Mario Bros 3, or most platformers, in regards to traversing levels, jumping over holes, traps, stomping on enemies and punching blocks for coins. Mario can get the usual power ups he always has, mushrooms to grow big, fire flowers for fireballs. The raccoon tail for flying has been replaced by a cape in this game that works a little differently though.  With a run and jump, you can take off into the air, but can only stay up there by gliding, pushing back or forward on the control pad to to dive or parachute with the cape. This allows you to reach secret goals, and if you are hit while gliding this way, you wont die or loose your power up, you will be knocked down and invincible for a moment. Great for when you are trying to glide past motorised saws!

You can also store power ups at the top of the screen as a back up, and can switch between them depending on the situation. The real fun mechanic of the game however is, Yoshi. You can ride on his back, and, in a kind of mean way, punch him in the head so that he grabs enemies or fruit with his tongue and eats them. If you’re hit by an enemy, you will dismount and Yoshi will run away, or you can jump over a cliff and drop Yoshi down the hole to get that little bit further with your jump. (Devilish laugh). 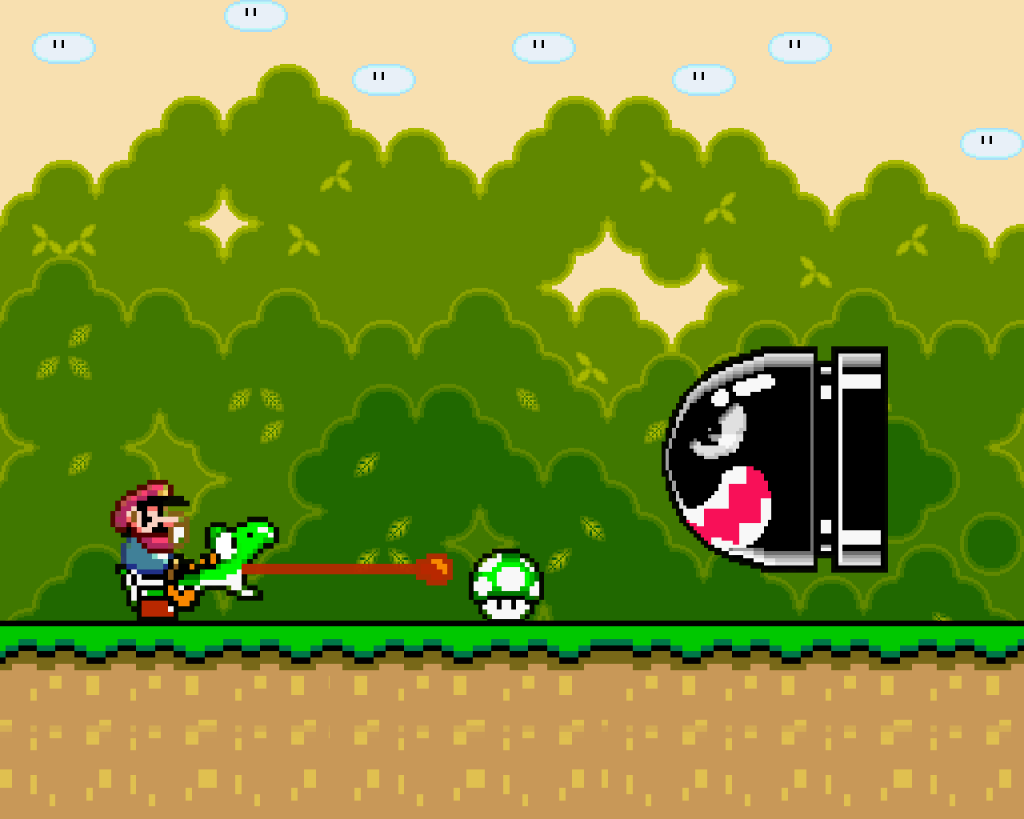 Depending on which colour koopa shell Yoshi eats, he can gain an extra power, only one of which is actually useful. Eating a green shell, lets you spit it out and hit enemies, a red shell lets you spit fireballs, a yellow shell makes Yoshi a stompy little dinosaur, while the blue shell gives him wings and lets you enjoy a more accurate and controlled flight. In the secret levels of the star road, you can find eggs containing baby forms of Yoshi, in each of those colours. If you feed him enemies, he becomes an adult version that can use the corresponding power of any shell he eats in addition to his own colour. You will venture to the star road levels a lot for a blue Yoshi. Trust me.

Secret exits from levels are found by carrying a key into a keyhole or cutting an alternate ribbon at the end of the level. This gives access to fun levels, such as haunted houses where you will fight the rather dopey looking ‘Big Boo’ and fortresses where you are confronted by four dinosaurs on a rotating wheel, the mighty ‘Reznor’.  All this considered, the game is actually very easy, with the exception of eight secret levels beyond the star road, which will have you tearing your hair out, even though extra lives are as easy to farm in this game, as Zubats are to encounter in Pokemon.

The game is easy on the eyes, nice smooth sprites, not overly pixelated. You can make out a fair bit of detail in this cartoonish world. The levels are different enough that you aren’t looking at the same backgrounds often, so for a game that is in essence quite repetitive, there feels like there is more going on. One level is really well designed, the Ghost Shop, which is actually the crashed airship from Super Mario Bros 3, and plays a part in how the Koopas got to Dinosaur Land.   Like with other Mario games, the music is catchy as ever. 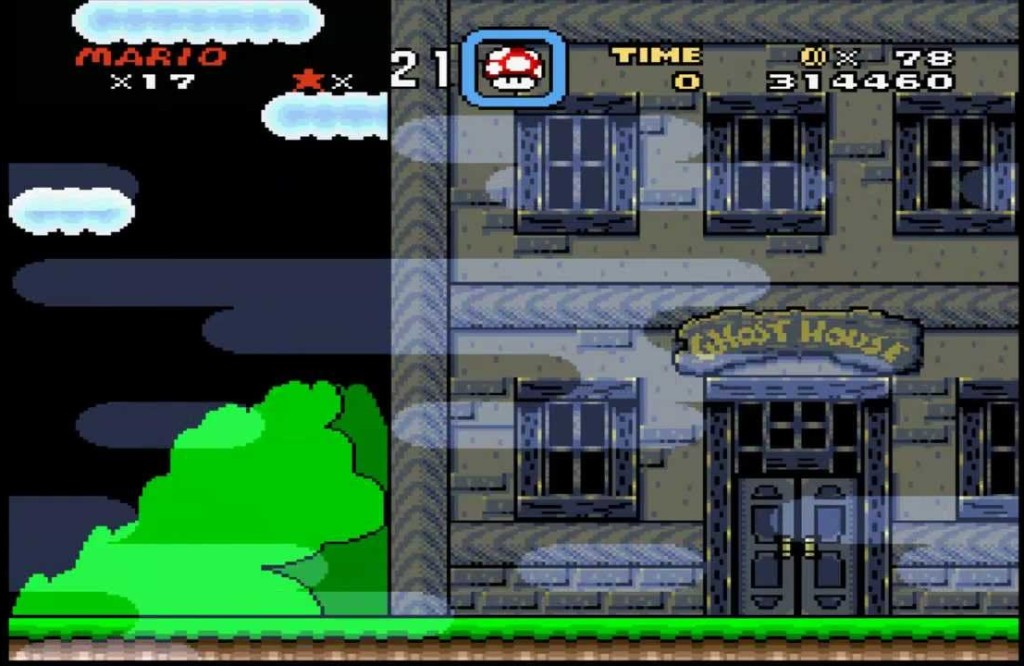 One thing that is annoying about the game though is that you can only save after completing a significant level of the game, ie a ghost house or fortress. If you want to save often, you will have to run through one of these levels, and since fortresses are usually destroyed, it means you likely have to play the ghost house.

In summary, the good thing about Super Mario World is, its easy, repetitive, platforming fun. Great for an hour or two, during a lull or when you need a time out from a Bloodborne trashing.

The drawback to Super Mario World is, its easy, repetitive, platforming fun. It can’t hold your attention, even as a retro game, when there are new games to play and greater challenges to attempt.