Square Enix Inc have announced the “Vana’diel Project” for the MMORPG Final Fantasy XI, this includes three major initiatives to coincide with the game entering its 14th year of service this May. This project aims to further expand Final Fantasy XI and continue to satisfy fans of the title for years to come.

The first part of the final scenario of the Final Fantasy XI story “Rhapsodies of Vana’diel” will be released in May 2015 alongside various game updates. After this, two further updates will follow in August and November of this year. These free updates will be the finale of the Final Fantasy XI story, bringing together all the major characters and events from the games large history. After the final chapter in November, major updates will cease for the game. In addition to this the Xbox 360 and PlayStation 2 game services will cease in March 2016, the PC version will remain playable beyond this date. There will also be an in-game event, “The Goddess’s Gaia”, to thank all the players who have stepped into Vana’Diel across its lifetime. 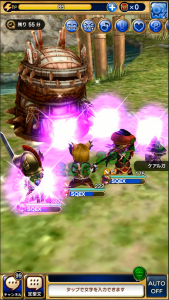 Square Enix also announced another title for smartphones called Final Fantasy Grandmasters. This is a full scale RPG that shares the characters and world of Final Fantasy XI. It will be released in Japan this year. The title will developed in collaboration with Crooz Inc. (Knights of Avalon). In Grandmasters, players can pick familiar jobs and a variety of equipment to customize and develop their own original character with. It will also feature real-time cooperative battles that enable you to group up with friends.

After the release of Final Fantasy XIV this news has been expected. Final Fantasy XI has had quite the run, and I’m sure with this initiative, the world of Vana’diel be here for quite some time.