Fueled by jealousy the evil Dr. Fetus is hell bent on keeping our hero separated from his true love. Ripped from his arms and taken away, Super Meat Boy must brave the perilous gauntlet ahead of him as he races to save his damsel in distress Bandage Girl. With sheer determination and will, he sets his sights on stopping Dr. Fetus’s evil plan. Meat Boy stops at nothing to save the day, no matter how sharp the obstacle is. It’s true, heroes can come in all different shapes and sizes, with ours being a small square of meat with a big heart. 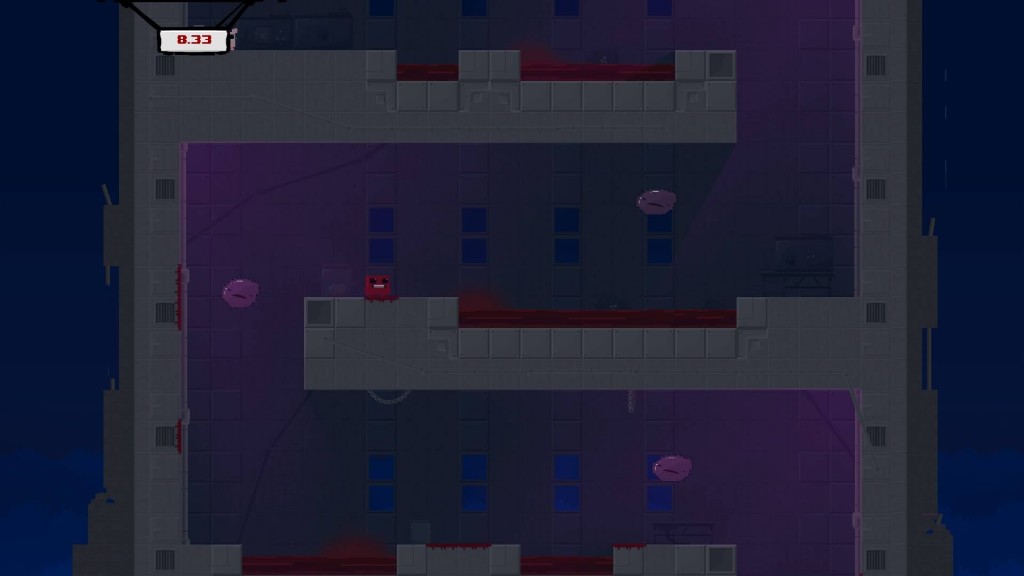 Super Meat Boy has a Super Mario type feel to it in both story and it’s side scrolling platform gameplay. However, it couldn’t be further from it. It throws nice bright visuals and a family friendly vibe out the window in favor of blood and gore. Levels are filled with obstacles and puzzles built for a single purpose…dismemberment. It’s not an exaggeration saying you will die a lot, and I mean a lot! It almost puts games like Dark Souls to shame. Let’s just be thankful that you have unlimited amount of lives. With each level having a clean and simple pixelated look it wont be long until it’s stained with blood and limbs from your past lives. Much like other sidescrollers, Super Meat Boy is limited to just running and jumping (however, you do control how fast he runs). This might sound pretty basic but there are strong elements of skill involved here. Timing a jump just right, measuring the right amount of speed needed to make that precise leap without being cut, chewed up or impaled. This is sometimes made more difficult by objects chasing the player through a level as they dodge and weave through the death traps. Each level is relatively small with some being comparatively tiny, but I can assure you that this in no way means they’re easier. 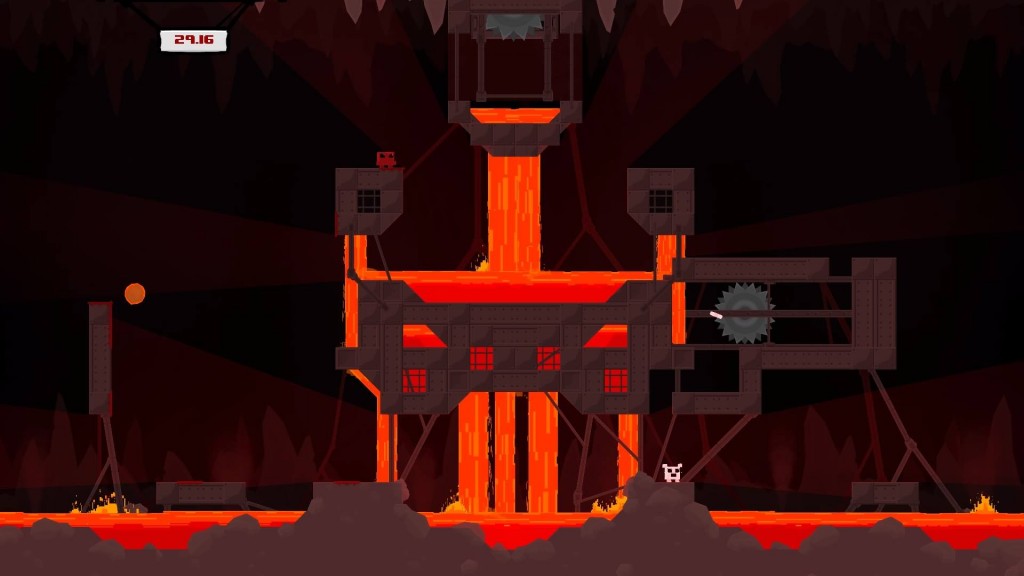 Be prepared for some sore thumbs as you play through Super Meat Boy. The gameplay is at times frantic and always keeps you on the edge of your seat. I had just purchased a new controller and you can believe me it is well and truly broken in now. If you’re not the swearing type be ready for a whole vocabulary change as you’ll be shouting profanities at the screen without even thinking. It all makes for a great experience though as the sense of both relief and accomplishment as you finish a level is without comparison. Being treated to a replay after a completed level is a highlight of mine. It shows off all of your failed attempts at once and it looks hilarious. With a decent soundtrack and sickening sounds that compliment the gameplay, it’s both fun to watch and listen to. 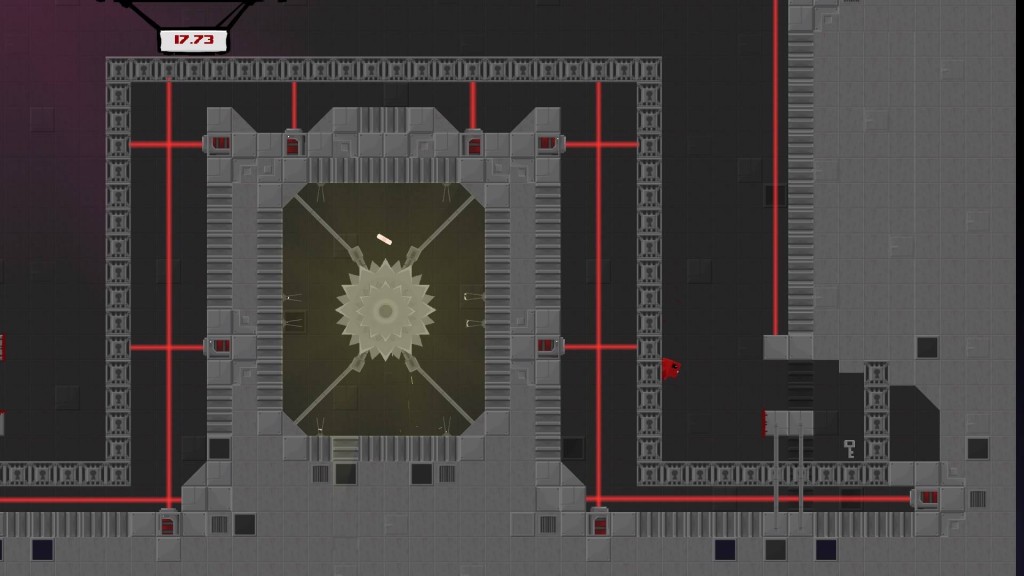 The game has another nifty little feature too. Throughout each world there are hidden warp zones that will teleport the player from the current level into a more 8 bit style environment. The visual shift here is nice, bringing a sort of nostalgic feel with it, emulating our beloved games of old. Not only that but hidden within some levels are band aids which when collected unlock new characters to play with. The characters are awarded for both collecting band aids and completing the 8 bit challenges.

Super Meat Boy is one of the best modern platformers currently available and after playing it it’s quite easy to see how we came to that conclusion. Developed by Team Meat it is an indie platformer designed by Edmund McMillen and Tommy Refenes. Originally released in 2010 on Xbox 360 it became available as part of the PS Plus instant game collection this month available here for download on both PS Vita and PS4. As always, if there’s one game to devote some time to out of the games on offer this month, it’s Super Meat Boy. Enjoy.