This time I thought we’d cover an old RPG. As I dug through the pile of relics, searching for Legend of Legaia, I came across this oddity. Aidyn Chronicles, a western style RPG for the N64.

I recall I really liked this game, but cant quite remember why. In a nutshell its kind of terrible actually.

As soon as the game starts up, we are introduced to a dull musical score and awful block monster graphics. The music can be slightly improved by using the N64 expansion pack, but still our eyes burn as the graphical travesty of a prince walks the halls of a grey castle searching for our main character, Alaron, who has been sent out into the nearby dark forest to find a missing farmer. We see him rushing through the forest with all his screen tearing might and almost complete lack of facial features. 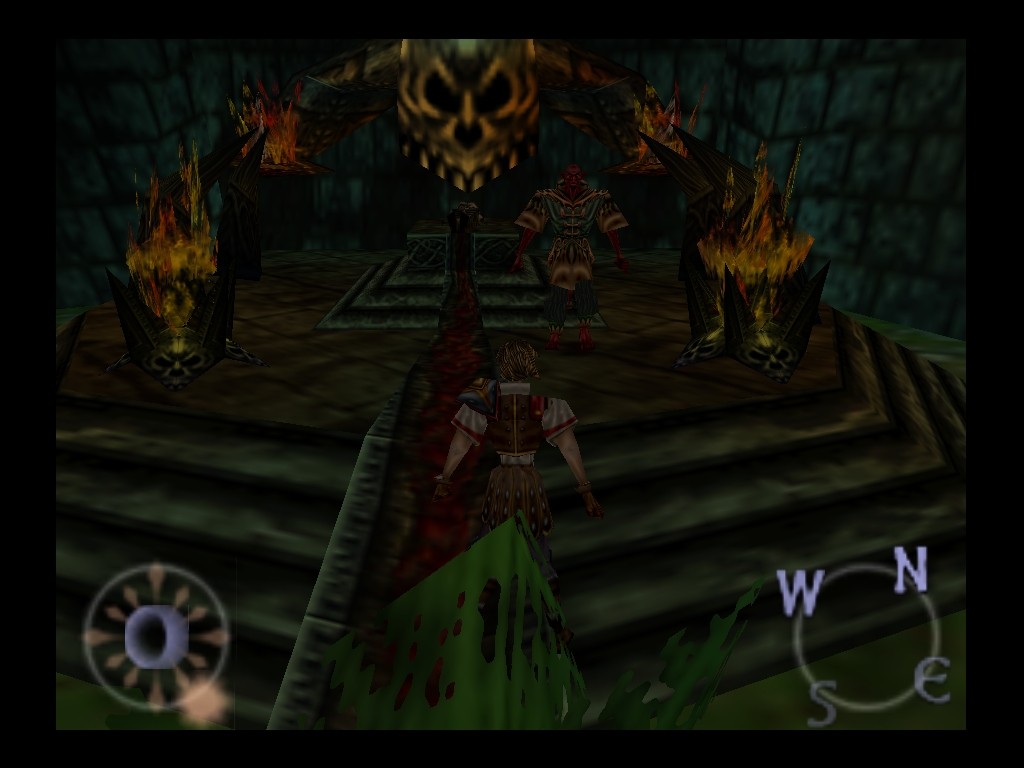 He gets ambushed by goblins who poison him with a slow acting poison, which becomes the catalyst for the main story. You set out to find a cure for the poison after some really trippy dreams involving horrific monsters. The game is pretty much open 3D world, which is something I did like, particularly for something that was released fourteen years ago. This was interesting along with day and night cycles, seasons, weather and a calendar which involved moon phases, impacting the use of magic and skills in the game. The problem with this however was that the game became almost unplayable at night or inside a cave, due to the background being so dark no matter how much you played around with the settings, even during the day it was difficult to see exactly where you were meant to be going.

The games combat system was interesting, but not fully developed. Each character had their own class and set of skill which you could upgrade to a certain extent. Walking into an enemy on the road dragged you into a battle field, where you took part in turn based combat that partially took on elements of a strategic combat game. Characters could move around the field in a certain range defined by their stats, preform attacks or skills, or move further away from enemies. It was a good idea but very clunky and slow, especially because the world is pretty vast, you may have to travel for miles to reach your destination and there is no fast travel. There are portals that assist with some travel, but activating them is more awkward than completing the game by itself. 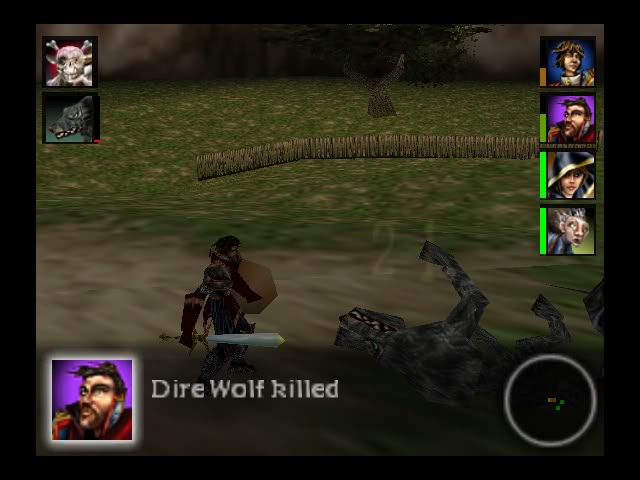 The character skills were kind of boring too, mostly consisting of magic derived from four schools, necromancy, elemental, naming and star magic. Early on in the game you only know a wizard who uses naming magic, a boring magic that buffs your characters, basically the white magic spells you will never really make use of. Another skill is the troubadour ability, your character will play music on the battlefield for… reasons, but then you get some awesome companions with lots of powerful spells and their own side stories. You will build them up to become powerful allies, and then they will leave you, just before a really difficult area in the game, for no reason.

The difficult of the game itself scales with you, and depending on if you are able to see in the dark due to the low resolution, it should prove to be just enough of a challenge to keep you going. The style of the game really plays like it was supposed to mimic a D&D adventure, but just never quite gets there. There is a fair bit of interaction in terms of story, and lots of dialogue and choices can be made while playing the game, but they don’t seem to effect the overall outcome of the game. This is a pity, because there was some good world building involved in the story, a lot of lore and legends, different races with different histories and societies which all worked really well. You can ask an NPC about their culture, and they will tell you, just enough information to be interesting and wont drone on forever.

I found that the game would crash often also. I haven’t been able to confirm if this was a bug or just my own copy, but it was very irritating. The game doesn’t really have any re-playability, unless its for nostalgia’s sake. You could try it for the sheer hell of it, as its developer H20 only made four games for Nintendo, and its publisher THQ is gone, its unlikely we will see any more like it. That being said, there are plenty of other games you can play instead.