While wondering if Dragons Dogma Online will reach western shores, I was reminded of Capcom’s other tales of mighty dragons that once threatened the world. That is to say, the Breath of Fire series. Breath of Fire III is available hard copy on PS1 and PSP, I had played both, and recently picked up the digital copy in the PSN sale. Having played it again, its good to know that, free from nostalgia, it holds up as a good, yet somewhat dated RPG.

The story is quite epic, at the very start of the game we learn that once great dragons threatened to destroy the world, but that they are now extinct. Their fossils over the centuries have been crystalised and are now a magical ore that is mined for various power sources. Before I say more, there are some Easter eggs to the earlier titles, but you do not need to have played them. As always, I’ll avoid major spoilers, but expect some of the plot illustrated in the next paragraph.

The game starts by introducing us to two miners, moving through a 2d mine that gives a good 3d illusion. They find a big chunk of ore just ahead of them, with a small dragon inside it. Not realising what they are doing, they blow up the ore, releasing the dragon. Here’s the fun part, you control the dragon, and start burning miners to a crisp. You eventually get subdued and carted off in a cage on a mine cart. The cage cant hold you and you manage to knock it off the tracks, smashing it open. You are found unconscious by some, man-tiger, thing… who saves you from two dogs. Surprisingly enough, you now look like a human child, and you know your name is Ryu. This would be a good plot twist, but its pretty much written on the box art. 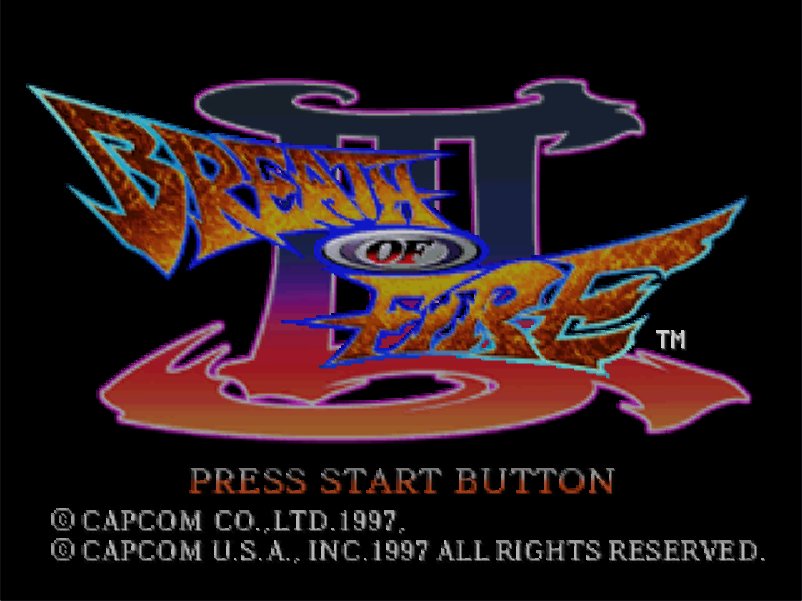 From this point on, the plot plods for quite a bit. You do some basic RPG stuff, getting to know the other kids, going to the village and fighting monsters. You will meet other characters during the childhood arc of the story, including some notable names and locations mentioned in the series. If you manage to get past the painfully slow, boring start of the game, after a reprisal from “the Syndicate”, the game starts to speed up. We learn more about the dragons, and why the disappeared, along with the state of the world. The story will continue into adulthood, and becomes a lot more interesting and enjoyable. So the story is good, if you can soldier on past the early stages.

The games music is suited very well to the scenario. The score fits in with what the characters are doing on the screen, or the mood that is trying to be conveyed. It can be repetitive and annoying at times, but for the most part, it is upbeat and fun.

The gameplay is a little bit lacking in the early stages too. Enemies almost feel unfairly stacked against you, especially when you reach the first mountain area, you will find that you are being treated to a grind-fest. If you don’t put in the time, repeatedly killing the same boring things over and over, you can find yourself looking at a game over screen unexpectedly. 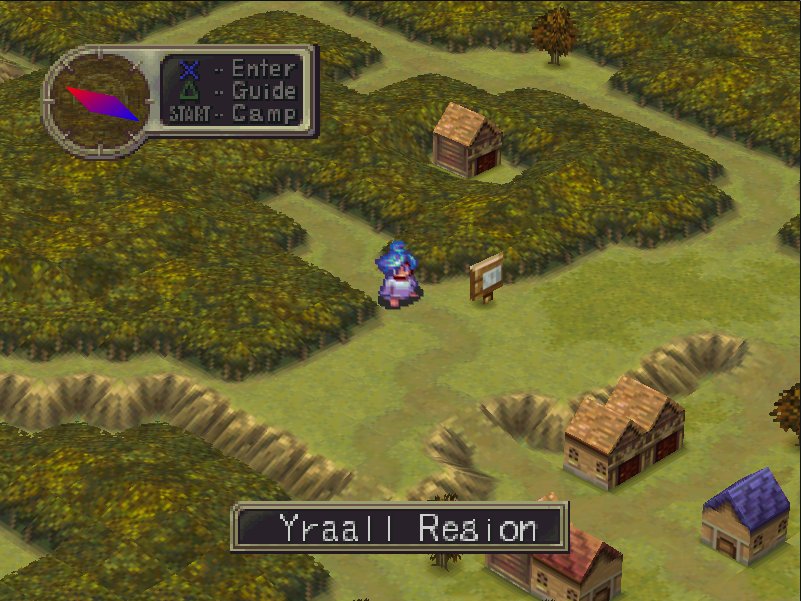 You use a basic menu to choose actions and take turns attacking monsters during battle. The battles are random, and the attack order is based on the characters agility. Some circumstances can result in your characters or enemies having extra turns. You can learn enemy skills by watching them with the “examine” command, use magic, items or attack. It’s all very standard, it’s not the most innovative system, but as a typical RPG, the story makes up for it, as do a few features.

The ability to turn into a dragon for example, ties in with the story and is fun to experiment with. You collect the crystal fossils of dragons, that contain their genes. Then, you use your ability points and combinations of up to three genes to become a dragon. Different dragon forms are achievable for different combinations, some changing the mechanics of the battle, turning your entire team into one giant behemoth or making you a tiny weak whelp. Each character has some sort of special unique ability and some are story related. It’s clever but can also put you off choosing which character to bring into battle. I should add here, that becoming a dragon when fighting a powerful boss does give some satisfaction. 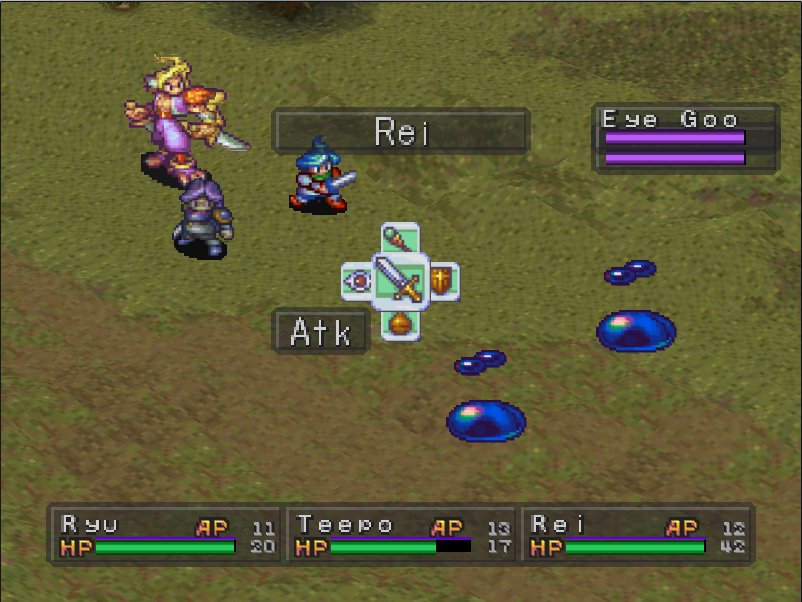 Characters have different field actions as well. This means they act differently with obstacles and objects in the world. It’s fun at first, but becomes as tedious as Pokemons HM system after you have cut a few bushes down or kicked a few rocks. There are a few mini games also, such as fishing and developing your own village of faeries. They are generally rewarding in terms of items you get from them, but otherwise boring. A ‘Master’ system allows you to choose an NPC to learn from, which will effect your stats growth. It can be useful but I have found that the wrong choice early in the game can leave you weak at endgame, so probably good to avoid it on a first play through.

Graphically, the game is easy on the eyes. Its not amazing, but gives a good 3d effect using sprite animation and is quite colourful. In comparison to other titles at the time, it could be better, but in my opinion, no sins have been committed. There is a really strange part of the game towards the end, where you have to walk across a desert at night by following three stars, in a weird panoramic view. This was interesting but also very frustrating because you cant quite see clearly what direction you are moving in. This idea was used again in the fourth installment of the series and was improved upon.

Verdict. Personally I love the game for the story, but admittedly its somewhere mid market for a PS1 RPG. The graphics, music and gameplay are fairly standard and average. That being said, it would definitely suit a JRPG enthusiast, for the 3-10 euro usually asked on the PSN.