Mad Max is loosely related to the recent Fury Road movie. Max is attacked by a horde from Gastown, lead by Immortal Joe’s son, Scabrous Scrotus. Max dispatches the brute in the opening scene, but is ultimately overwhelmed, has his car stole and is left for dead. He survives however, teams up with a cretinous little mechanic named Chumbucket, and so, the game begins with the two setting out to create a newer faster car, while combating Scabrous’ Warboys in the parched unyielding wasteland.

Ok, so in terms of gameplay, Mad Max is fun and enjoyable, a little repetitive and a little basic. It really is like the Batman games, or Shadow of Mordor, with the addition of vehicle combat.  The formula seems to be, make a game with free flow style combat, skin it to suit the target fandom, profit. 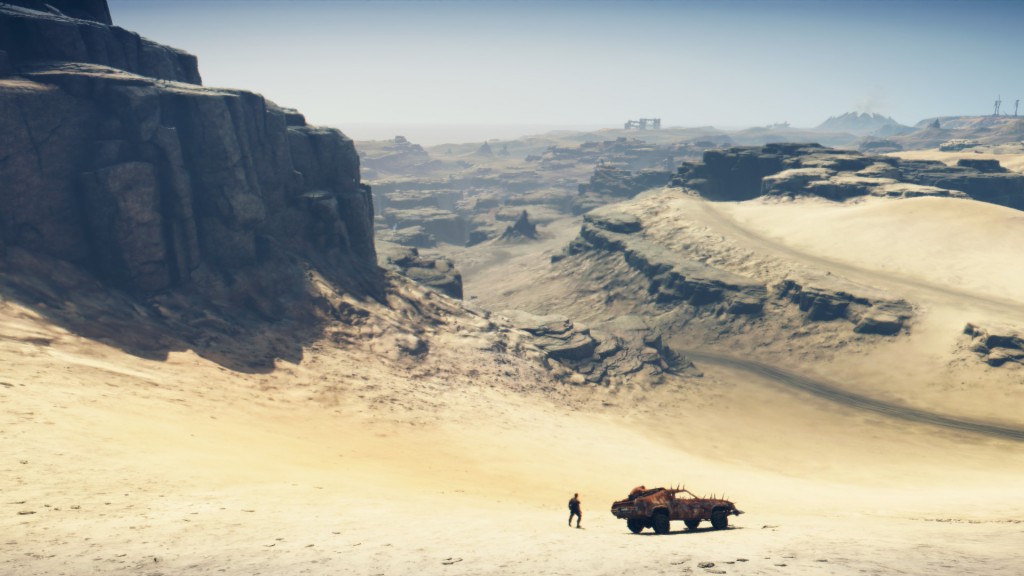 While that sounds like a bad thing, it’s meant in a positive light. Sometimes it can be fun to explore a vast sandbox (pun intended) and smack a few bad guys around with basic combos and timed parries. You will find yourself doing the same thing over and over when in ground combat, and while it can be boring, there is something quite satisfying when you get that perfect reversal, or execute a neck breaking finisher.

Throwing in vehicular combat gives a nice change of pace, but can also be repetitive or awkward. You can upgrade your car with weapons, collect enemy cars and use special blueprints for ‘Archangel’ cars, giving you access to fun features like grappling hooks, side burners, exploding barrels, mines, sniper rifles and spikes to name just a few.

At first you will find it a bit awkward driving and ramming other cars, or laying siege to strongholds, but once you start to upgrade the car, it becomes easier, and more fun to pull off tricky maneuvers, devastating head on collisions, gate breaches and stunts. 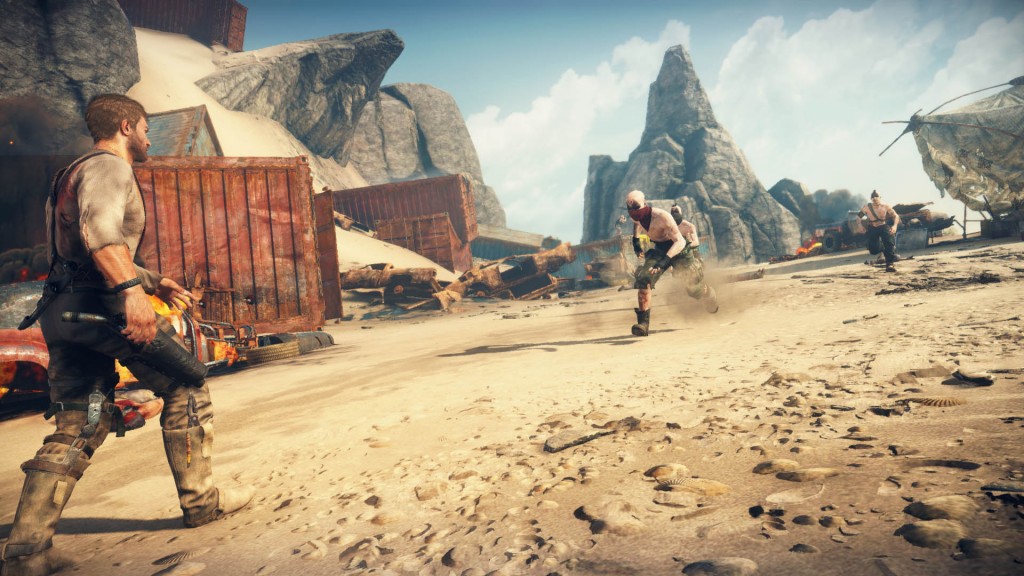 The upgrade system is basic. You pay scrap to gain new car parts or skills for max, that mostly work passively. The skills can be purchased at different levels. Max gains levels by meeting challenges, such as killing ten of the same enemy in one particular way. This awards him a token, he can spend at a vendor. Some of these challenges are ridiculously specific and may be a barrier to the platinum trophy/achievement for this game.

You don’t have to follow the main story, there is lots to do in the wasteland. It seems it will take a long time to finish the game because it is easy to get distracted doing side quests or running death runs (racing mini game, with specific modes and cars). This could be viewed in both a positive and negative way. Play too many side missions and you may get bored with the game before finishing it, but if the side missions weren’t included, you run the risk of the game being too linear.

There isn’t much music in the game, unless something is happening, like when a War Crier goes crazy and buffs the War Boys who are about to mob you. Explosions and engine roars are plentiful along with powerful bone snapping and cracking of skulls. The moments of silence or the creak of wrecks and ruins help give the feeling of a desolated wasteland. 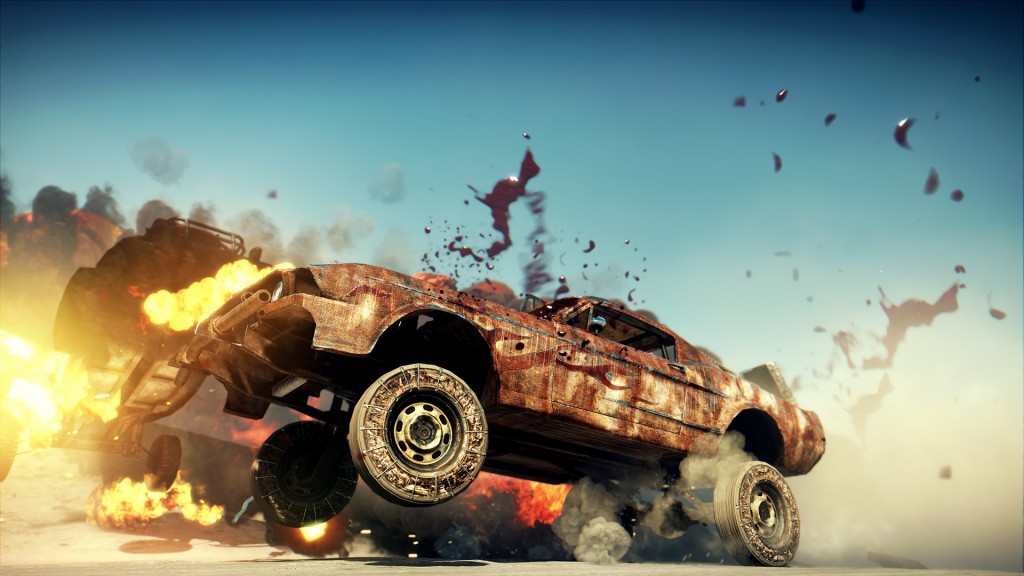 The games graphics are average to slightly above average. Most of the time you are looking at sandy dunes, waste and rust, but this fits in with the games location, and the shadows of night and day cycles do produce a realistic atmosphere. This wasn’t unlike Shadow of Mordor, where everything kind of looked the same, but that was because, well, what else is in Mordor but rock and wasteland?

The character designs look good, and the cars are imaginatively rendered, it would have been nice to drive them in first person view, but they still look good boosting over a cliff or canyon. Max’s animations are fluid and cool looking, but, when you try to jump, it is literally the lamest looking thing you will see. (yes you could argue its continuity due to his damaged leg from the original film, but I really don’t think that’s what they intended). And speaking of the original film, there are a fair few shout outs to the classics. I’ll let you discover them yourself if you decide to play this game.

Hopefully we will get to revisit this title after full completion, but as it stands, Max is an enjoyable, if a little repetitive, game that would be fun for fans, or Batman players who want a change of scenery.

This review is based on around 25 hours of gameplay, without completing the main story line. The version reviewed was the PlayStation 4 version.