Shiro Games, a French indie developer, has finally shown off Evoland 2, the sequel to the Evoland, released in 2013. The game has a curiously long title, “Evoland 2: A Slight Case of Spacetime Continuum Disorder “. Evoland 2, much like the first one, will take players through a wide variety of genres, most of which chronicle RPG titles over the years. This installment however, throws in some other popular genres for good measure.

“We are very excited to finally show our fans and new players alike what to expect from Evoland 2,” said Nicolas Cannasse, creator of Evoland. “To see Evoland evolve from a game jam demo, to a much beloved indie title was an amazing journey, and now we are finally able to expand on our original vision. We have had incredible fun creating this game and hope players feel the same way as they explore Evoland 2.”

In this game the graphical style will progress as you do, changing styles as you change genres. The graphics constantly evolve based what era the title pays homage to. From 8-bit sprites, to real time 3D battles, to beat-em-up style gameplay, there are a lot of genres and gameplay types on display here. 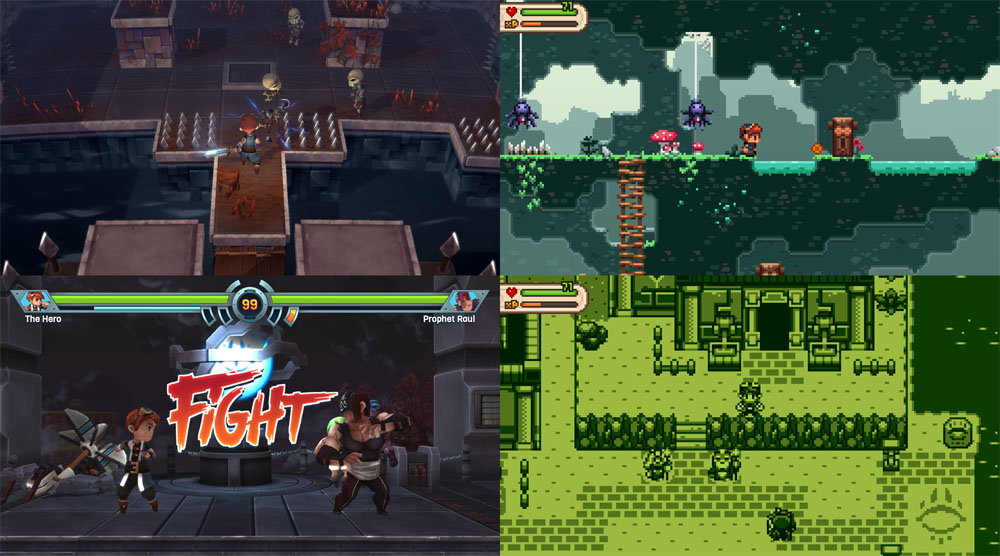 Small example of the different styles on display

The story revolves around a young hero trying to protect the world he inhabits. He must understand events in different timelines to alter a terrible future that exists in his. There is a strange secret buried at the core of his world, one which is affecting the course of time itself.

Evoland 2 will launch this Summer on PC, and at a to be confirmed date on MAC and Linux. If you preorder Evoland through Shiro Games official website now, you will receive a 10% discount and a digital art book.