During a conference with shareholders, following the announcement of their financial results last week, Capcom have stated that they plan to release new HD remastered titles this year. They plan to release the titles prior to the end of the next fiscal year (ending 31st March 2015) Via IGN Italy.

Capcom did not announce which games they planned to re-release, only that they will be remastering titles for release this year. This begs the question which titles in Capcom’s vast catalogue will be remastered. Would it be as simple as full 1080p versions of last generation titles or will they remaster older titles.

I would think that the Resident Evil titles from last the last two generations are the most likely titles to be re-released. Perhaps in a Resident Evil 5 & 6 compilation or something similar. Then there is also the possibility that they could package older titles, like an Onimusha collection. This would be a great move, as the Onimusha series was an interesting take on survival horror, and it would be great to see more.

You also have the older Street Fighter titles, Dino Crisis, Dragon’s Dogma, God Hand, Rival Schools, and Lost Planet to name a few. Any of these games could be remastered for the current generation. I doubt anything is off the table here, especially since this is the company to release Ducktales Remastered.

On the other hand Capcom could just port over a previous HD collection, such as the Devil May Cry HD Collection. In fact, the release of Devil May Cry 4 Special Edition next month, and the recent remaster of DmC: Devil may Cry could be considered a part of this new plan. 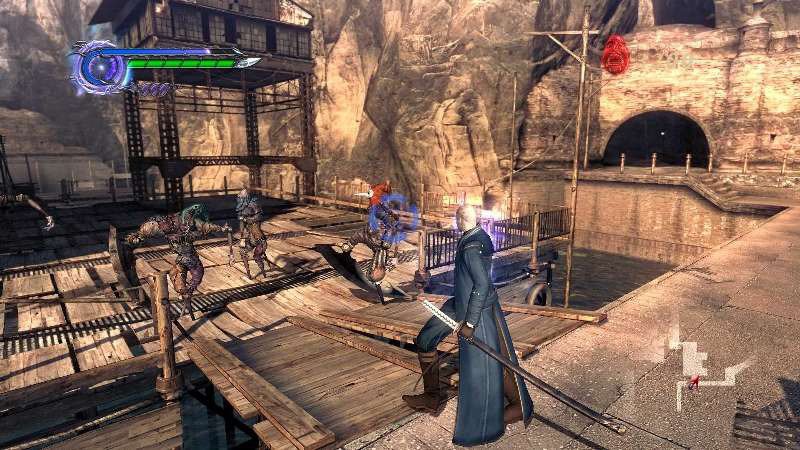 Vergil is now a playable character in Devil May Cry 4 Special Edition.

The recent trend of remastering games doesn’t seem to be going anywhere anytime soon. This isn’t necessarily a bad thing, as most titles are redone by studios who specialise in remastering games. This means that larger studios are not being held back from releasing new titles. Remastered title merely fill an empty gap in the release schedule. The small cost of remastering the titles means that they can be quite profitable for studios. If this leads to studios spending more time polishing off games, rather than rushing them into release, it’s a huge positive.

There will always be people who lament these releases and the correct way to respond to such releases is, if you don’t like it, don’t buy it. Personally I’m not a huge fan of these remastered games, but I can see the positive sides. They aren’t replacement titles, merely additional releases should you choose to buy them.

Capcom will be releasing Devil May Cry 4 Special Edition on the 18th June for PlayStation 4, Xbox One and PC. Presumably this is the first title to release in this upcoming initiative.