In the Uncharted 4: A Thief’s End Special Edition you will recieve: 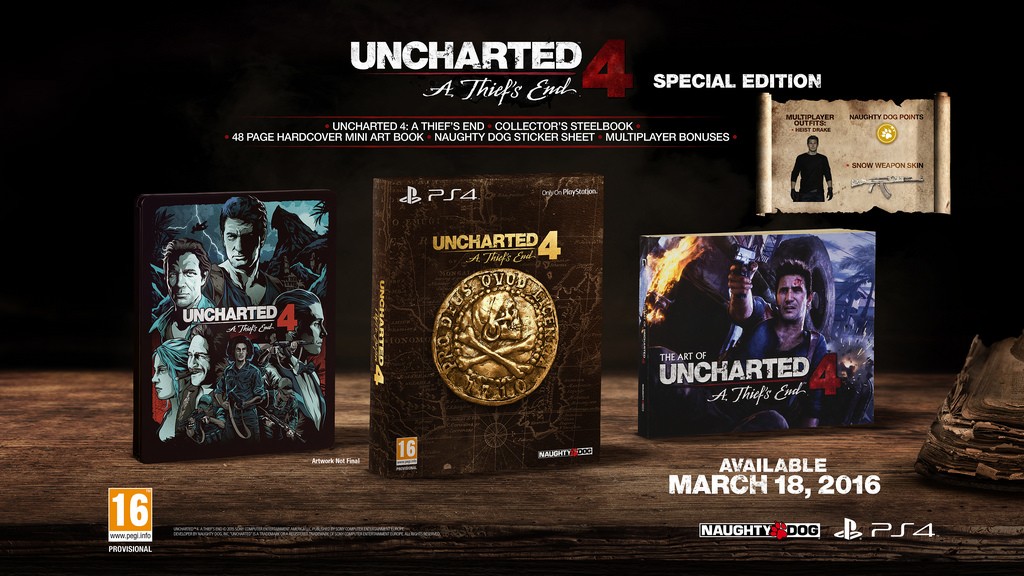 The more elaborate edition, the Libertalia Collector’s Edition will include all of the above content alongside: 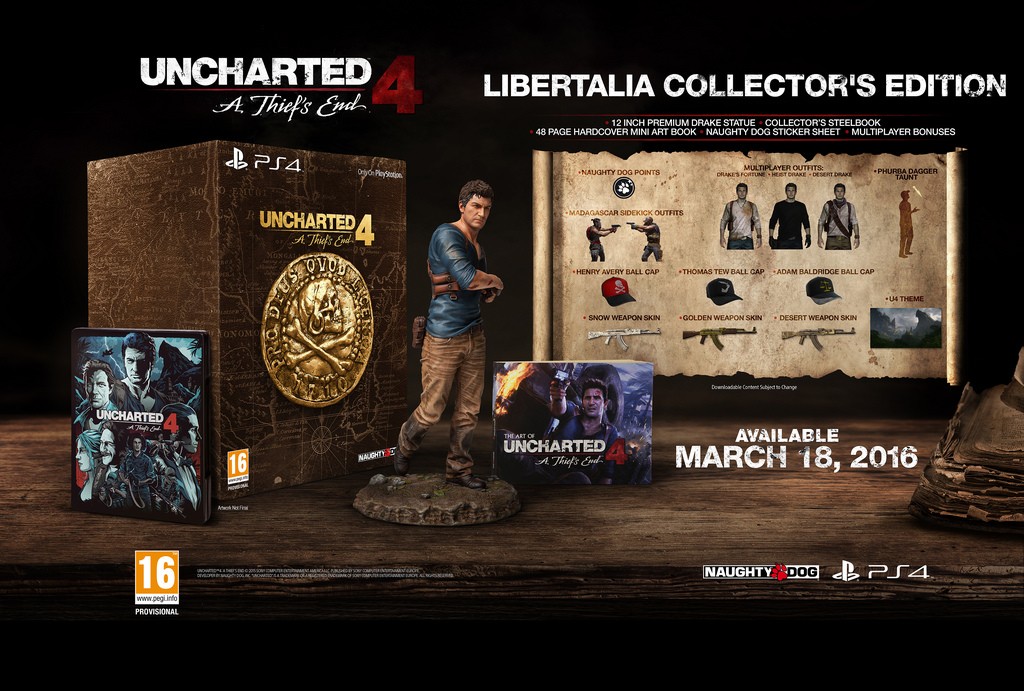 The digital edition of the title will also includes a few selection from both collector’s edition if you pre-order on the PSN.  It comes with two multiplayer outfits, two custom weapon skins, the Phurba Dagger taunt and Naughty Dog points.  There is also a digital deluxe edition that includes everything in the standard edition plus:

The triple pack DLC will also be available separately as an add-on to the main game. It’s great to finally have a launch date set in stone for Uncharted 4. Personally, I’m glad that the delay wasn’t too severe, many had expected the game to slip into the same summer release window as The Last of Us on PlayStation 3. While Sony may have a weak first party lineup going into this holiday season, the first half of 2016 is sure to kick off an amazing year of exclusive titles.